Welcome To The Calcutta Racket Club 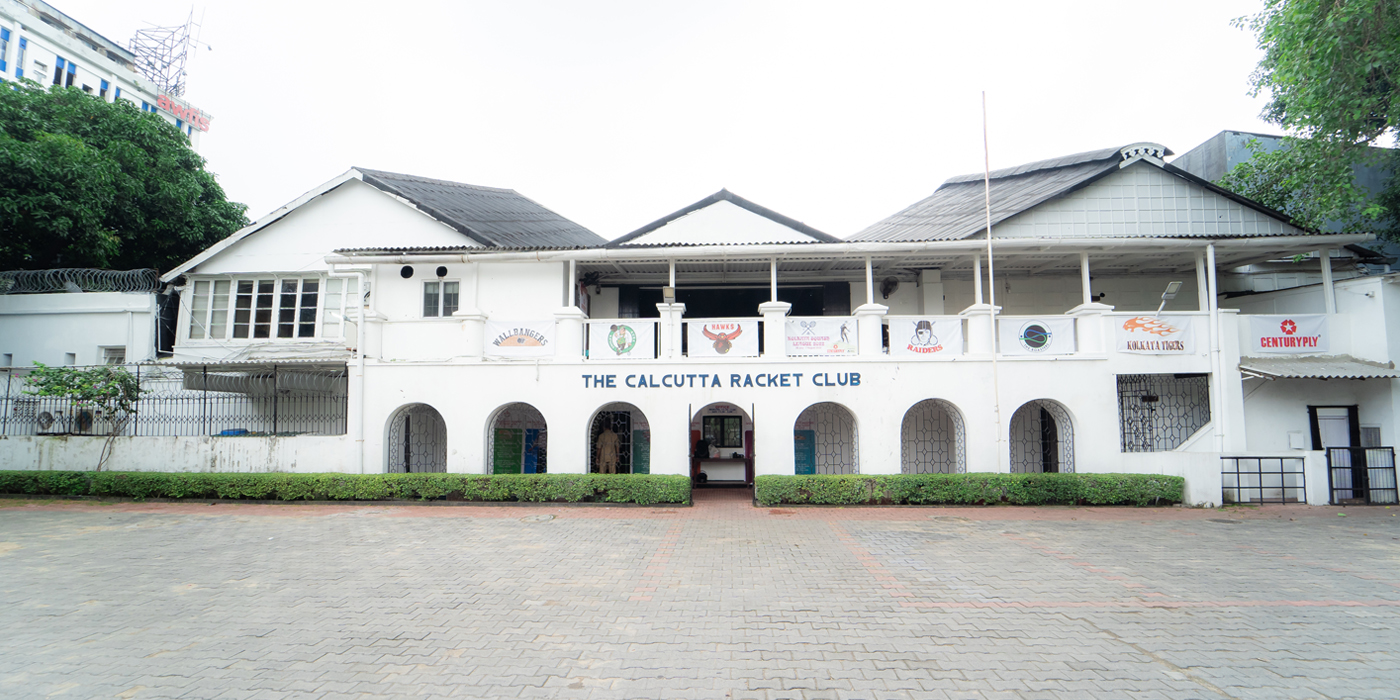 The Calcutta Racket Club the premier squash Club in Eastern India located in the heart of the city of Kolkata. It was founded in 1793, making it one of the oldest squash clubs in the world, and the first in the subcontinent along with being one of the oldest Clubs of any kind in India. Of its seven squash courts, two are glass-backed international standard tournament courts. The Club is also the administrative headquarters of The West Bengal Squash Racquet Association that is affiliated to the Squash Racket Federation of India.

Way back in 1793 a building came up at the present site, off Chowringhee, between Bijli Talao and Elliots Tank. The Club was originally known as the Fives Court or Gamekhana. The game of Rackets gave way to squash in the 1930s and the Club became the first European institution to open its doors to Indians in 1936 with the election of Raja P.C. Lall of Narayanganj. Mr. A.N. Choudhury soon joined the Club and became its President in 1948. His distinguished son General J.N. Choudhury was a patron from 1969 until his death. The Club, now commonly known as the Squash Club, developed rapidly after 1948. The Calcutta Racket Club is the only club in India catering exclusively to the game of squash. As mentioned above, the Club was founded in 1793, making it probably one of the oldest squash clubs in the world. There is affair bit of uncertainty as to how the Club derived its name. There is a rather romanticized story that the Club derived its name from a species of bird called the ‘Racket Bird’, that used to inhabit the trees around the Club when it was founded. However, this is just a story and, in all probability, the Club got its name from the game of ‘Rackets’ or ‘Racquets’ which originated in England in the early 19th century (in fact, some say that the sport originated at the Fleet prison in England, where the inmates played it to while away the time, but most scholars now place the origin of ‘rackets’ in ‘real tennis’ with both games having much in common)

The Calcutta Racket Club is situated centrally, adjacent to Birla Planetarium on Jawaharlal Nehru Road and showcases seven squash courts, of which two are glass backed international standard tournament courts with the largest spectator gallery in India. The other five courts make up part of the original courts of ‘Rackets’ and have evolved into squash courts over a period of time after the establishment of the Club and are located in the main building.

The Club celebrated its Bicentenary in 1993 and to mark the occasion, invited some of the world’s finest players to participate in a round robin tournament. The Club hosts all major squash activities and training in Eastern India. It was also the first club in India to host an International Squash Championship, the 5th Asian Men’s Squash Championship, in 1990. In fact, The Calcutta Racket Club has hosted several prestigious tournaments over the years, a list of which may be found below. The J.L. Nehru Road address also has a fully equipped air-conditioned gymnasium complete with hi-tech work out equipment for the fitness-conscious members of the club. The Club also has a beautiful and fully stocked Bar, which is quite popular with the Members. It is a small and cosy place to unwind after a hard day’s work. However, more than anything, the Club is famous in Kolkata and beyond for its fresh lime soda. In fact, after a game of squash there is a big queue in front of the bar, not for any alcoholic beverage but a glass of fresh lime soda.

The Club has a very unique Member profile. The membership strength is around 800 out of which more than 150 members are active squash players. There are Members of all ages, from students to seniors, all addicted to the game of squash. The Club being relatively small, each Member knows the other and this contributes to a competitive yet friendly, family atmosphere. Female members are more than welcome. The Club also runs several training programmes like the National Junior Development Programme, which is an introduction to the game for youngsters and the State Development Squad programme.

Over the years, the Club has witnessed some of the worlds finest players who have come in to play a tournament including current world top 5, Mohammad El Shorbagy. Some of the tournaments are: